THE ONE EYED CATS blues harp player Early A King$ has chosen Sonny Terry & Brownie Mc Ghee’s "Hootin' Blues" as his favorite blues harp song for May. To check it out just click HERE!
Posted by Andrew Bryans at 9:29 AM 1 comment:

Remembering our fallen heroes on this Memorial Day.

Exciting news from Femme Fatale Records and The One Eyed Cats! A glow-in-the-dark 45 record by The One Eyed Cats is on the way! All proceeds from record sales will go to help a special needs child. Here are more great pics from the recording studio. 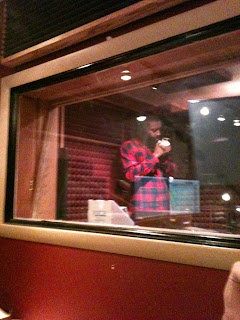 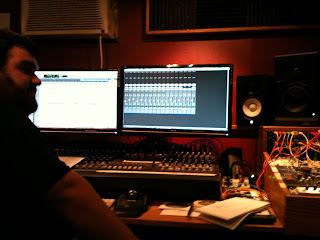 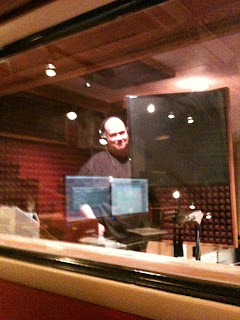 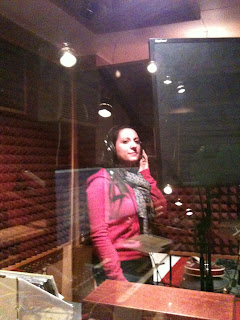 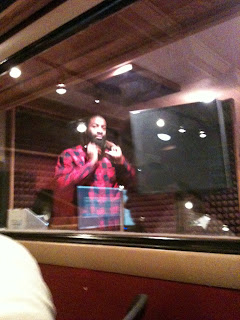 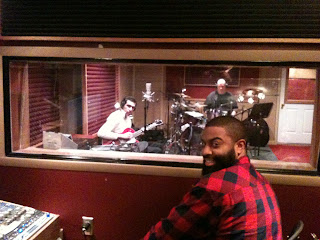 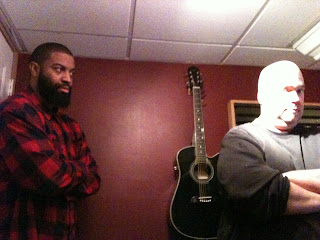 There's exciting news on the way about The One Eyed Cats! 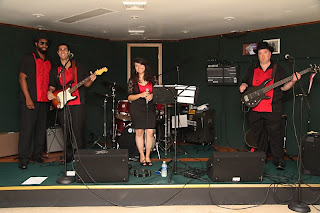 ROCKY’S FAN MAIL!
Dear Rocky,
I hope this question doesn't bring up any painful memories, but I have long wondered how you became a One Eyed Cat? I'm sure the story of your eye loss is a true "rock n' roll" tale that all of your loyal fans would love to hear.
-Delco Man
Dear Delco Man,
It was a painful event, but I don’t mind telling about how I became a one-eyed cat. Believe it or not, I lost my eye in a stage diving accident in Mexico! You and my fans probably are familiar with stage diving, which was really big in the 1990s but they still do it today sometimes - at a show, you run up out of the audience and leap onto the stage, and after just making contact with it you leap back into the crowd. I’d done it many times here in the States, so when my people took me with them to Ensenada on vacation, obviously I wanted to give it a try down there as well. Here in the States, you start from the right side of the crowd, touch the stage, then aim for the left side of the crowd when you jump off. In Mexico, it is reversed, as I quickly found out when I leaped off the stage and my eye made contact with the snout of a Chihuahua that was coming in for a landing
- bang!!! I was knocked out and when I came to they had a bag of ice over my eye and were giving me shots on Tequila to relax me.
Eventually my eye became useless and I was unable to see from it, but doesn’t bother me much as I have one other good one.
But let that be a lesson to everyone - know the customs before you visit a foreign country. I understand that in Katmandu, if you pick up another cat’s clothes at the dry cleaner by accident, then tradition says you’re required to marry his daughter when she turns 21. That’s why old Rocky will be doing his own laundry if the band ever visits Katmandu!
Sorry for the long answer, but thanks for writing Delco Man! 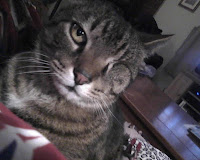